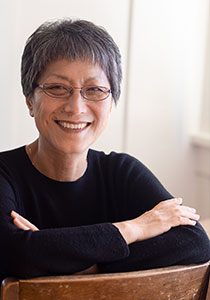 Deann Borshay Liem has over twenty years experience working in development, production and distribution of independent documentaries. She is Producer, Director, and Writer of the Emmy Award-nominated documentary, First Person Plural (Sundance, 2000) and the award-winning films, In the Matter of Cha Jung Hee (PBS, 2010) and Memory of Forgotten War (with Ramsay Liem; PBS, 2015). She served as Executive Producer for Spencer Nakasako’s Kelly Loves Tony (PBS, 1998) and AKA Don Bonus (PBS, 1996, Emmy Award); On Coal River by Francine Cavanaugh and Adams Wood (Silverdocs, 2010); Ishi's Return by Chris Eyre (PBS, 2016); and Breathin': The Eddy Zheng Story by Ben Wang (PBS, 2017). She also served as Co-Producer for Special Circumstances by Marianne Teleki (PBS, 2009) and Burqa Boxers by Alka Raghuram (2016), and as Story Editor for the award-winning film, The Apology, by Tiffany Hsiung (HotDocs, 2016). She was the former director of the Center for Asian American Media (CAAM) where she supervised the development, distribution and broadcast of new films for public television and worked with Congress to support minority representation in public media.  A former Sundance Institute Fellow, Deann is the Director, Producer and Writer of the new documentary, Geographies of Kinship and the work-in-progress film, Crossings.

Mu Films is a non-profit documentary production company based in Berkeley, California.  The mission of Mu Films is to produce and distribute documentaries and educational media about social, historical, and cultural issues with a focus on untold stories from under-represented communities.  The goal is to use media to bring about social justice, promote cultural understanding and encourage positive social change.